Queer activists today (May 10) released a spoof version of YMCA to urge Graham Norton to boycott Eurovision, because of Israel’s treatment of Palestinians.

Norton is due to host BBC coverage of the event on May 18 but the Tel Aviv location of this year’s competition has provoked a storm of controversy.

The all-queer cast of the video are calling on the TV presenter to heed Palestinians’ call for a boycott of Eurovision – the world’s biggest music event – until Israel complies with international law.

Leila White from London Palestine Action said: “We wanted to appeal to Graham Norton the way only queers know how – through the medium of YMCA. We had a lot of fun making this camp, joyful video but our message is very serious.”

“There should be no business as usual with an apartheid state. Graham Norton should listen to Palestinians and heed their call for a boycott of Israel until it stops its systematic denial of Palestinians rights. We say no to pinkwashing, yes to BDS!” 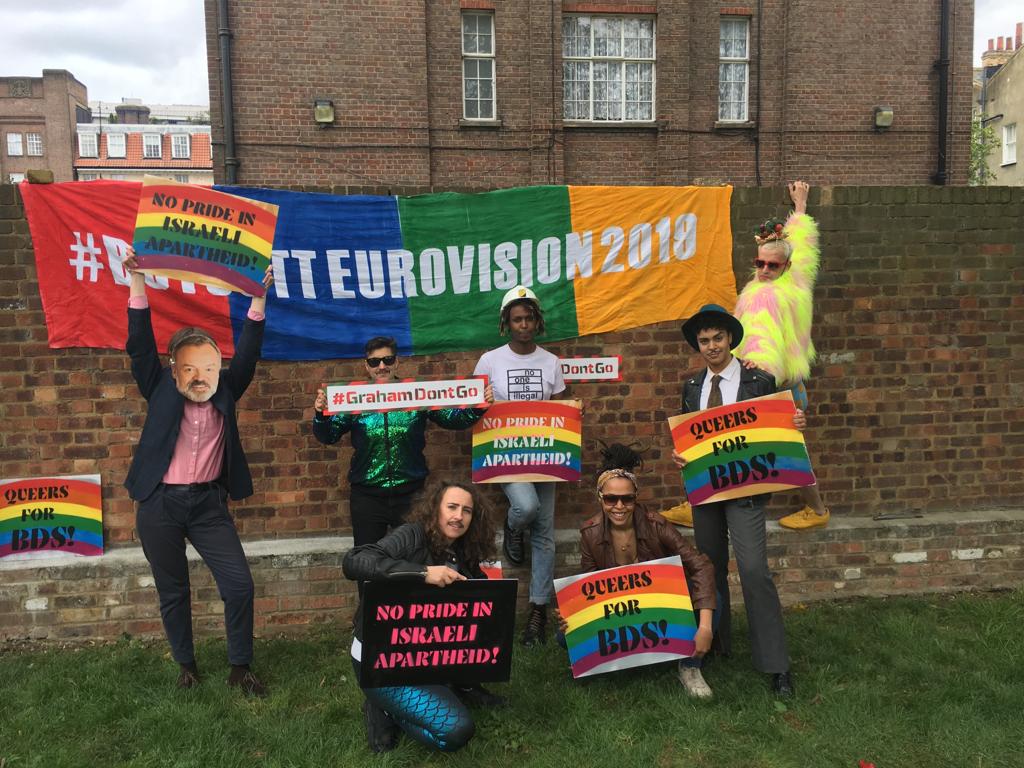