We were responding to a call from Palestinian queers to boycott Barzilai’s European tour, which said: “Following her Eurovision win for Israel, Barzilai has willingly taken on the role of cultural ambassador for Israeli apartheid, using pop music to keep Israel’s ongoing denial of Palestinian human rights out of mind.”

“As part of this propaganda effort, Barzilai is supporting the Israeli government’s pinkwashing agenda, the cynical campaign to use LGBT rights to shield itself from criticism of its decades-old oppression of Palestinians.”

After Heaven owner, Jeremy Joseph, ignored our open letter calling on him to “stand on the right side of history” and cancel Netta’s gig, close to 100 of us took part in an exuberant anti-pinkwashing protest outside the club.

Dialing up the camp, we donned neon wigs, feathery boas and glitter, which was handed out by the lovely LPA fairy as part of protest care packages. Our pals from Lesbians and Gays Support the Migrants, Queer Strike and No to Pinkwashing joined us, bringing beautiful banners, and we waved “Queers for BDS” and “No Pride in Apartheid” rainbow placards, a gift from ProtestStencil.

We belted out karaoke versions of all your fave gay anthems, giving them a BDS twist. “Yes BDS”, our cover of YMCA, was a particular hit! But the absolute highlight of the evening was a dabke performance in the street by the Hawiyya dance troupe – an amazing celebration of Palestinian culture in the face of Israel’s “art-washing”. 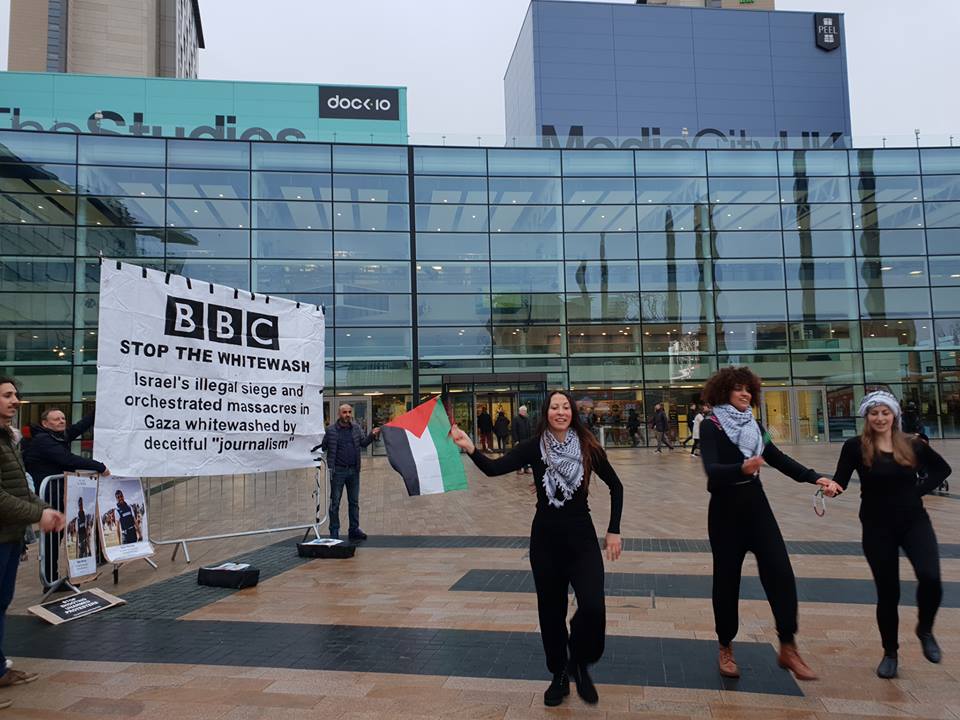 Protest at the BBC Headquarters in Salford Quays calling on BBC to withdraw from the 2019 Eurovision Song Contest hosted by Israel. 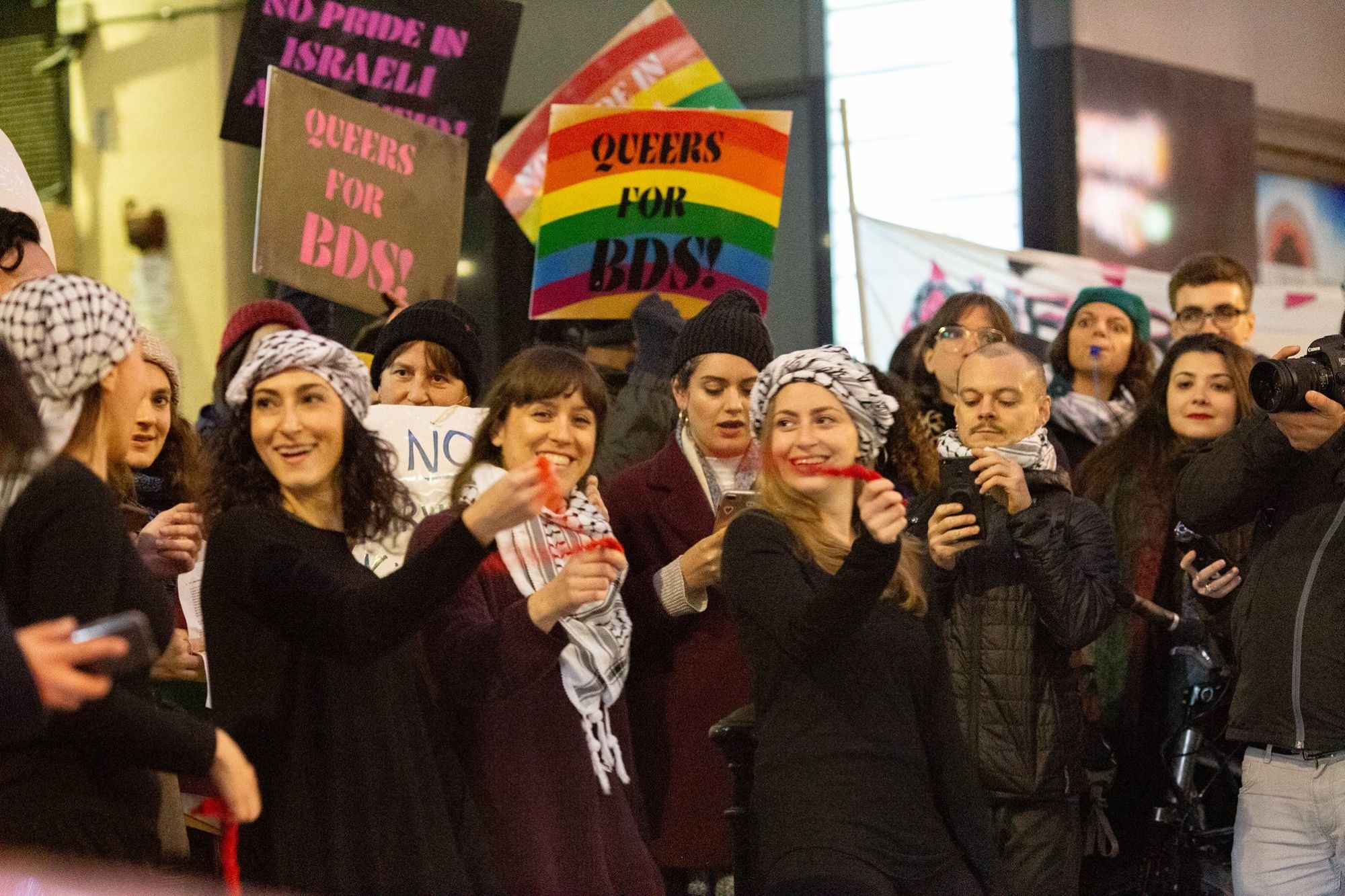 Boycott Eurovision
—
London queers say NO to Israel’s pinkwashing, NO to Netta!
Share this