On November 21st, Netta Barzilai, Israel’s 2018 Eurovision winner, will perform at Heaven. We would like to outline the reasons why we – as Palestinians, queers and allies – strongly oppose this appearance, which will be used by the Israeli government to pinkwash its inhumane policies against Palestinians.

Israel regularly uses culture to cover up, justify and distract from its oppressive regime of military occupation and apartheid against the Palestinian people. It also cynically exploits LGBTQ rights to pinkwash its violations of international law, which is why Palestinian queer activists have issued a call for a boycott of Netta’s concerts.

In 2005, the absolute majority of Palestinian civil society issued a call urging the international community to support their nonviolent resistance to settler colonialism, occupation and apartheid. The Boycott, Divestment & Sanctions (BDS) movement is strictly institutional, targeting the complicity of Israeli cultural institutions, and does not call for a boycott of individual Israeli artists. However, BDS does call for the activities of those who represent the state of Israel – or are clearly part of Israel’s “Brand Israel” programme – to be boycotted. “Brand Israel” is designed to project the idea that Israel is a bastion of liberalism and democracy, concealing its violations of human rights and international law.

Since her Eurovision win, Netta has become a willing cultural ambassador for Israel, and has embraced her role in whitewashing Israel’s crimes against the Palestinian people. This is something that she has publicly acknowledged, saying in a July 2018 interview with the Associated Press: “Israel is awesome. There are fantastic people here… [but] we have bad PR in the world.”

Israeli Prime Minister Benjamin Netanyahu has referred to Netta as “the best ambassador of Israel.” Israeli government institutions regularly promote Netta’s performances. The Israeli consulate in the US promoted her show in North Carolina and the Israeli embassy in Austria promoted her performance in Vienna.

Whilst acting as a cultural ambassador for Israel, Netta also participates in pinkwashing, the effort to use LGBTQ rights to cover up continuing human rights violations against Palestinians. She has performed at Tel Aviv Pride (also sponsored by the Israeli government) as well as Pride events all over Europe. Her performance at Heaven, a legendary queer nightclub, is a continuation of this pinkwashing. We again draw your attention to the call by Palestinian queers calling for a boycott of Netta’s performances for these reasons.

Netta’s performance in your venue is inherently political. We ask that you cancel Netta’s show, refuse to participate in the pinkwashing of Israel’s apartheid regime, and stand on the right side of history. This is the minimum asked by Palestinians: that you do not undermine the struggle for freedom, justice and equality.

We would be happy to meet with you to discuss it.

A group of queer pro-Palestinian activists are to stage a 'musical protest' outside the London gay nightspot Heaven, demanding the club cancel a planned gig by Israeli singer Netta Barzilai, this year's Eurovision 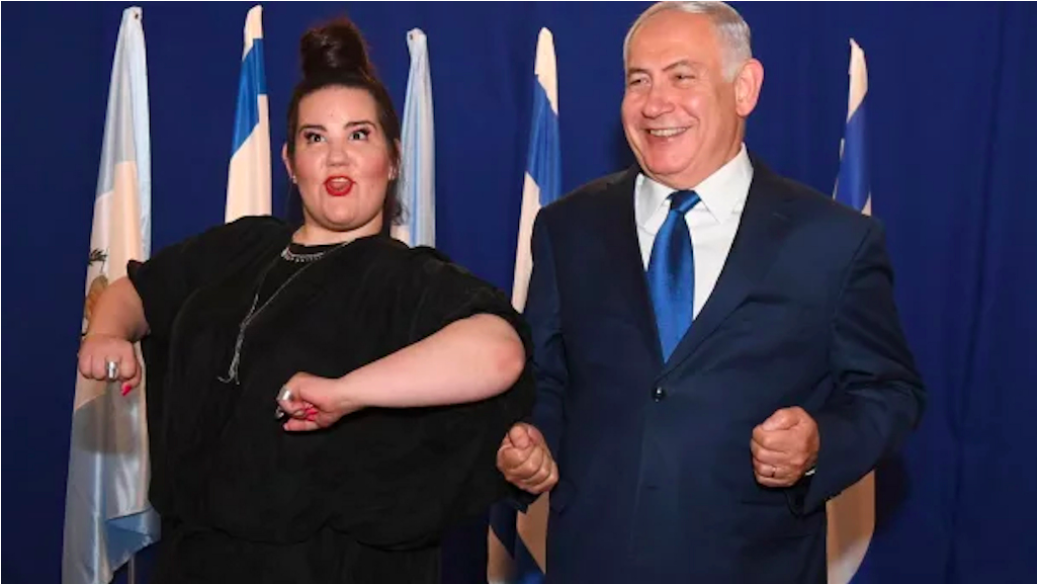 As Israel's Eurovision winner, Barzilai represents the state and participates in the Israeli government's rebranding efforts to perpetuate a false sense of normalcy, while whitewashing its violations of Palestinian human rights and international