Ahead of Eurovision: You Decide on Friday 8 February, subverts appeared across London with a message for Mel Giedroyc. Playing on the Great British Bake Off logo, the posters had fans asking Mel to come back to presenting the show, which she left in 2016, instead of helping to artwash Israel by co-hosting Eurovision: You Decide. The appearance of the subverts came shortly after London Palestine Action published an open letter to Mel was explaining why she should "stand on the right side of history" and withdraw from her role in Eurovision 2019. 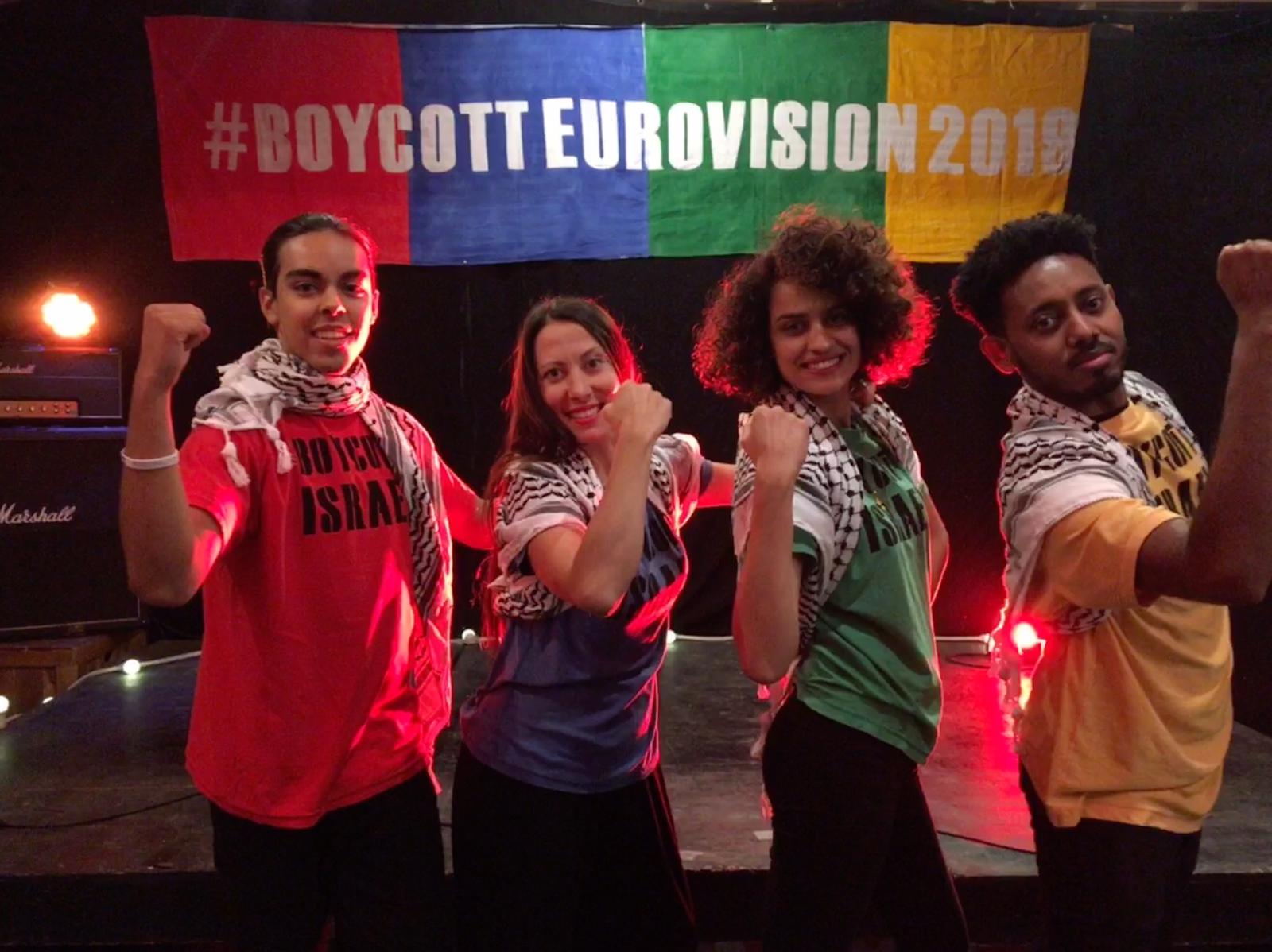 Palestinian activists in London have released a song calling for the boycott of Eurovision 2019, which will be taking place in Israel later this year.The song, 'Cultural Boycott' by Eurodivision parodied 'Making 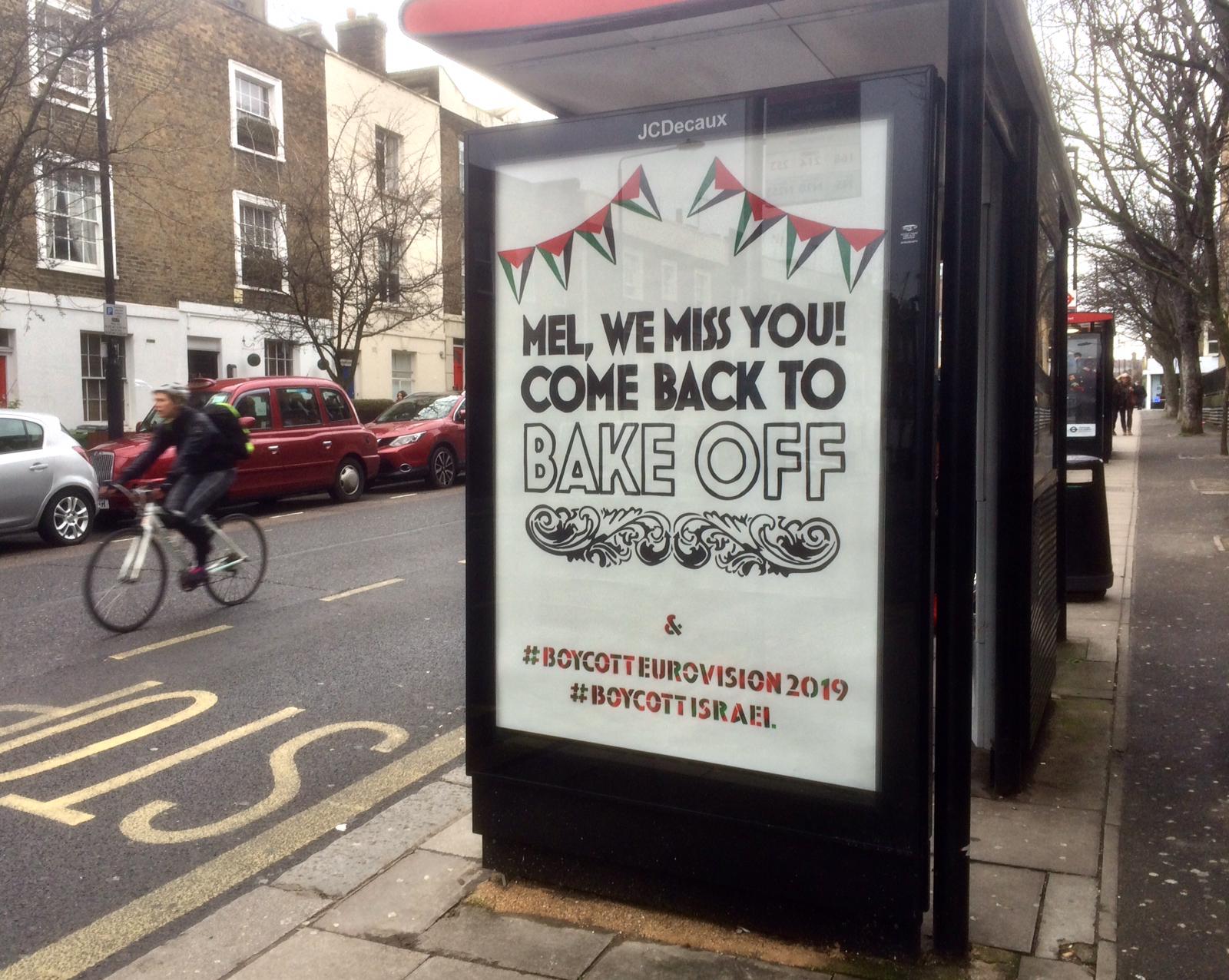 Dear Mel,We have learned of your upcoming role co-hosting the BBC’s ‘You Decide’ show, which will select Britain’s representative for Eurovision 2019, hosted in Israel, and we ask you to